This advice-column-style blog for SLPs was authored by Pam Marshalla from 2006 to 2015, the archives of which can be explored here. Use the extensive keywords list found in the right-hand column (on mobile: at the bottom of the page) to browse specific topics, or use the search feature to locate specific words or phrases throughout the entire blog.

A professor wrote me several years ago. She said she taught articulation and phonology, she had tenure, she did research in phonology, she supervised students, and she had published many articles. She said that she could not “see” the oral-motor problems I was talking about in my writing. She wanted to know what I had to say about that.

I have pulled two pictures of boys with Down Syndrome off the Internet. I do not know these children, I have never met them, and I don’t know what their speech-language issues are. I do not mean to diagnose their problems from afar (that would be unethical).

But I can use them to make a point. 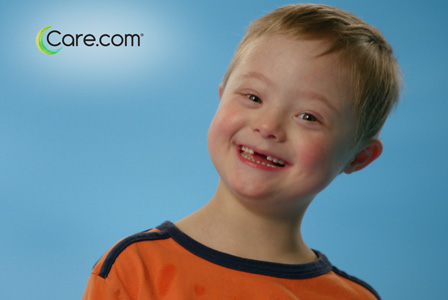 The other boy has oral motor skills that look like they might be excellent. We don’t know this, of course, because we cannot hear him speak. But we can make an educated guess. This could just be the way he is and always has been, or it could be the result of excellent therapy.

If you cannot see that one of these children probably has speech movement skills that are worse than the other, then you simply have not trained your eyes to see what’s right in front of you. I think that this is the problem of people who complain about oral-motor. They cannot see, they have not been trained to see, and they refuse to see these patterns.

But they will someday, hopefully sooner than later.